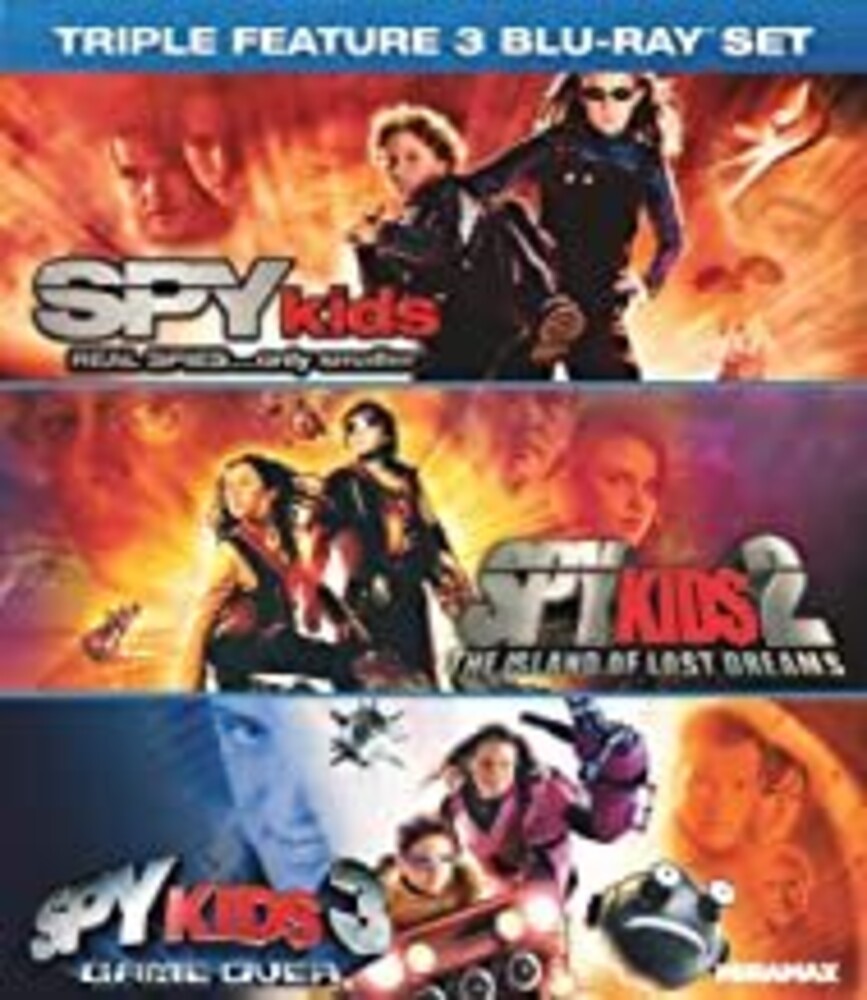 Spy Kids: The hit SPY KIDS trilogy captured the imaginations of families everywhere with it's wild adventures, hysterical hijinks, and slick style. In this first adventure, super-spies Gregorio (Antonio Banderas) and Ingrid (Carla Guigino) give up their lives of intrigue to raise their children Carmen (Alexa Vega) and Juni (Daryl Sabara). But sinister super-villain Fegan Floop (Alan Cumming) desires one of Gregorio's inventions to complete his plans for world domination, and when he kidnaps the parents, it's up to the kids to come to the rescue. Spy Kids 2: In the sequel, the OSS now has a full child-spy section and our hero siblings Carmen and Juni Cortez have become agents. This time, they're on a mission to recover a dangerous device that threatens the entire world. Enlisting the skills of Mom and Dad (Carla Gugino and Antonio Banderas) and their grandparents (Holland Taylor and Ricardo Montalban) the adventure is on to stop a mad scientist (Steve Buscemi) on a secluded island with mutant creatures. Spy Kids 3: In the third installment of the popular SPY KIDS trilogy, Carmen is kidnapped by an evil Toymaker (Sylvester Stallone) and imprisoned inside a virtual reality game. It's up to Juni to venture into the game and save his sister from the villain's clutches. Antonio Banderas, Carla Gugino, Alexa Vega, Daryl Sabara, Holland Taylor and Ricardo Montalbán return, with all-star appearances by Salma Hayek, Cheech Marin, Danny Trejo, Alan Cumming, Steve Buscemi, Bill Paxton, Elijah Wood, George Clooney and Selena Gomez.