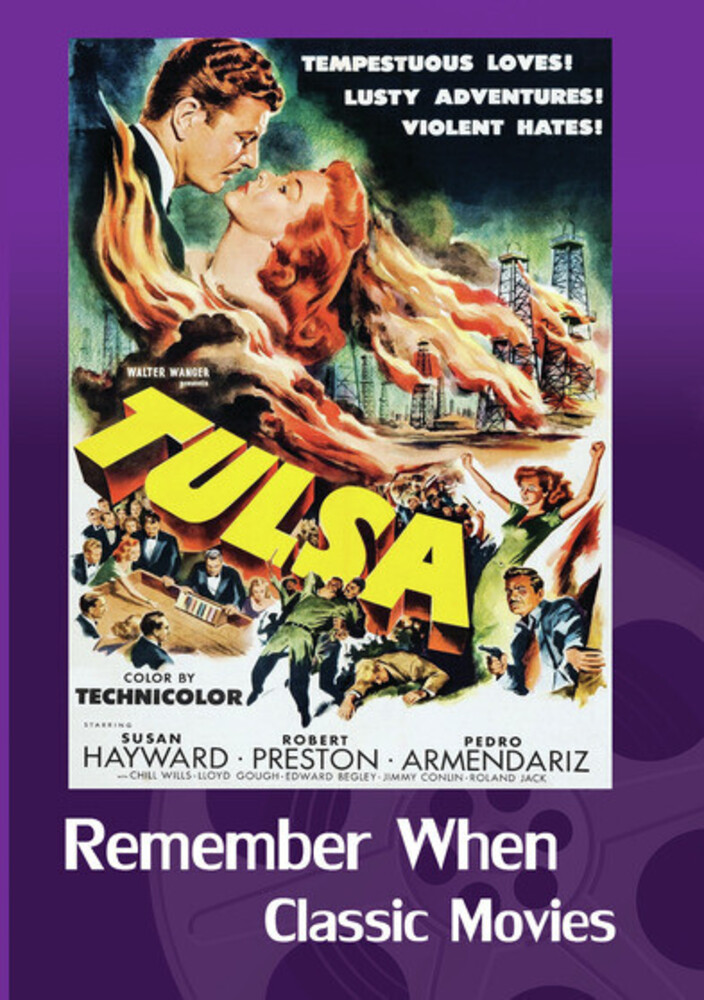 Tulsa is a 1949 American Western action film starring Susan Hayward and Robert Preston and featuring Lloyd Gough, Chill Wills (as the narrator), and Ed Begley. The film centers around greed, conservation and romance, and was nominated for an Oscar for it's special effects. The background of this story takes place in Tulsa, Oklahoma during the oil boom of the 1920's with the accumulation of wealth and power which can corrupt moral character. A very timely movie in the environmentally conscious age in which we live!