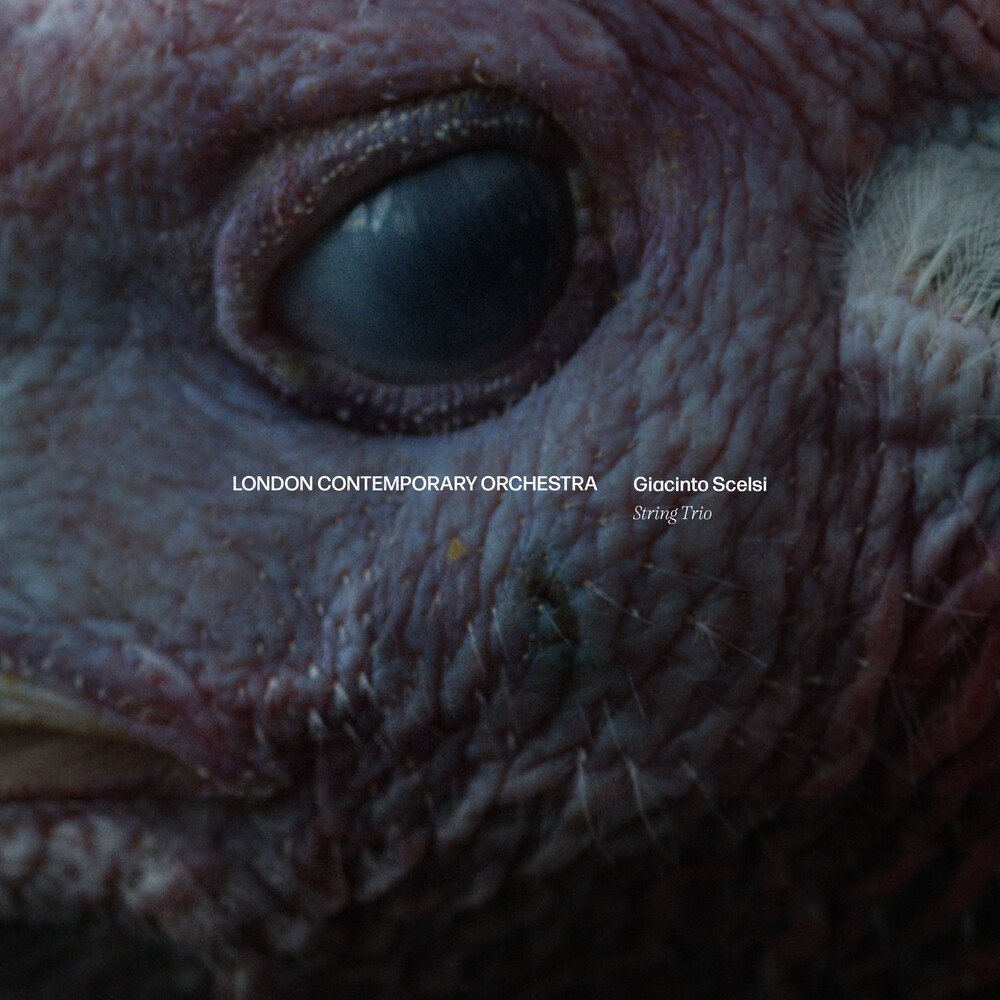 London Contemporary Orchestra return with a new piece of music for SA Recordings (Lea Bertucci, Shiva Feshareki); the label arm of British music technology company Spitfire Audio. For this, they have chosen a piece by Giacinto Scelsi, a forgotten genius of 20c composition, a self-taught Italian aristocrat who revolutionised acoustic music with his focus on music on a single note, influenced by Eastern philosophy. During his life he refused to be photographed and gave his musical manuscripts false dates to confuse musicologists, insisting on being represented in any medium as a symbol; a circle on top of a horizontal line (this predated Prince by a few decades). His reclusiveness and withdrawal from the world to his apartment overlooking the Forum in Rome explains why he is still so little known despite being one of the last century?s most creative composers and a major influence on Ennio Morricone?s music and avant-garde collective the Gruppo Di Improvvisazione Nuova Consonanza.As LCO co-Artistic Director and co-Principal Conductor Hugh Brunt explains; ?It?s significant for us to release this work with LCO?s long-time partners, Spitfire Audio through SA Recordings. Scelsi?s curiosity and intense fascination with concentrated acoustic sound is something that helped spark the inspiration behind our first collaboration with Spitfire, LCO Strings. The ?Trio? explores a range of striking, raw and beguiling sounds, the spirit of which continues to inform the orchestra?s work, particularly on scores such as ?You Were Never Really Here? (dir. Lynne Ramsay, 2017), ?Alien: Covenant? (dir. Ridley Scott, 2017) and ?Suspiria? (dir. Luca Guadagnino, 2018).?For this release LCO Soloists Galya Bisengalieva (violin), Robert Ames (viola) and Max Ruisi (cello) decamped to the PRAH Foundation in Margate to interpret the 1958 work. The LCO has championed Scelsi?s work in the previous decade, performing ?String Trio? for the first time at the Roundhouse Camden in March 2015 and the UK premiere of his masterpiece ?Uaxuctum? on Halloween 31st Oct 2018 at the Barbican (54 years after it was written in 1966). Born the last Count of D?Ayala Valva in a medieval castle outside Naples in 1905, Scelsi had no formal musical training. He attended Luigi Russolo?s Futurist ?The Art of Noise? concerts in Rome in the 20s, he went on to study Schoenberg?s 12-tone serialism in Vienna but did not adopt it. After WWII, his British wife left him and he suffered a breakdown. Recovering, he would spend days improvising around a single note on the piano. It was at this moment his unique practise was born. Independently wealthy, Scelsi was free to travel the globe from India to Nepal to Mexico. His research into Eastern religions, yoga and Buddhist practices was manifested in his innovations to the Western musical canon. Rather than putting on the Orientalist ideas from the outside, he would improvise his non-conformist music and get a composer friend to write it down, creating ?frozen improvisations?. The intention showed that he had internalised what he had learned and completely broken free of Western training in a savant way. The music recalled the chants and singing bowls of Tibetan monks who used the sound as an ?ambient halo? to aid contemplation. Scelsi was an early adopter of the proto-analogue synth, the Ondiola, which allowed him to explore these ideas using early electronic tools. Speaking on the piece, LCO co-Artistic Director and co-Principal Conductor Robert Ames says; ?he deals with micro-tonality in a way that no composer did before or has since. He created his own language. You can hear shades of the kind of textures he explores in parts of Galya?s solo work ?EP ONE & TWO?. For my orchestration work I?ve definitely dipped into his sound world for an inspiration point on some major Hollywood movies. People in that world think it sounds so radical and I?m like ?it was bread and butter for this dude in the 1930s!? It?s an incredibly rich piece of music and incredibly unique/alien sound. Me, Galya and Max went to Margate and locked ourselves in a studio for 3 days. It felt like a little atonality pilgrimage, we were getting to a point where we were getting chords to ring with such clarity that we were hearing them in a way we never had before.