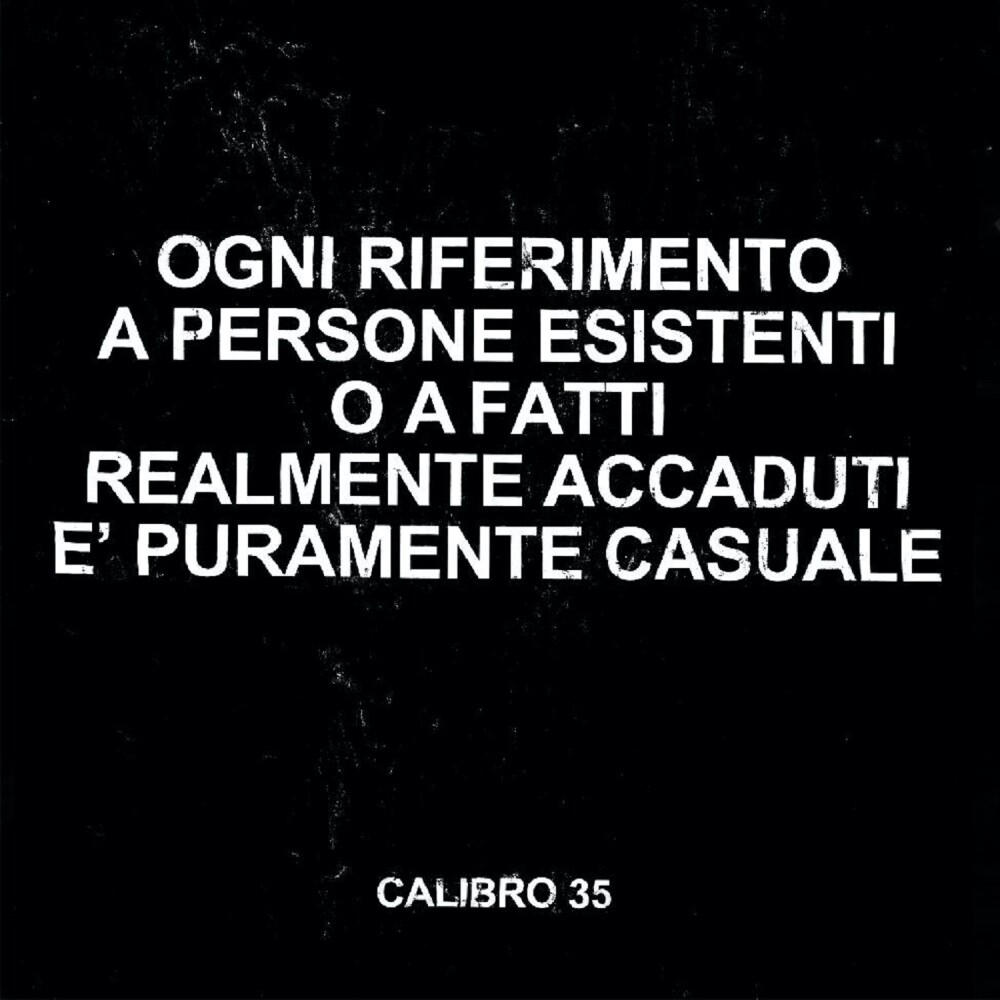 Completing the trilogy of Calibro 35's reissues, Record Kicks proudly presents "Any Resemblance To Real Persons Or Actual Facts Is Purely Coincidental", the third album by Italian cinematic funk heroes CALIBRO 35, whose title track was sampled by Dr. Dre in "One Shot One Kill" featuring Snoop Dog in his 2015 "Compton" album. After the reprint of the previous two records "Calibro 35" and "Ritornano Quelli Di (The Return Of)", this third and last reissue will be available on December 4th on a limited edition LP and digitally in a Deluxe Edition version. The digital Deluxe Edition includes 3 bonus tracks: the band's original compositions "Ballando In Balera" and "Appuntamento al Contessa" and a cover of Herbie Hancock's "Deathwish". Active since 2008, CALIBRO 35 enjoys a worldwide reputation as one of the coolest independent bands around. During their ten-year career, they were sampled by Dr. Dre on his "Compton" album as well as by Jay-Z and The Child of Lov & Damon Albarn, they shared stages worldwide with the likes of Roy Ayers, Muse, Sun Ra Arkestra, Sharon Jones, Thundercat and Headhunters and as unique musicians they collaborated with, among others, PJ Harvey, Mike Patton, John Parish and Stewart Copeland and Nic Cester (The Jet). Described by Rolling Stone magazine as "the most fascinating, retro-maniac and genuine thing that happened to Italy in the last years", Calibro 35 can now count on a number of aficionados worldwide, including VIP fans such as DJ Food (Ninja Tune), Mr Scruff and Huey Morgan (Fun Lovin' Criminals) among others